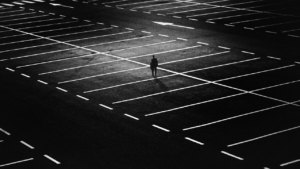 Without excuse, and unbelievable reasons he suddenly becomes aggressive.

He is always “he is right", words that blame the opponent pop out like a bullet.

One is surprised and tells him, or will be attacked without hesitation from him.

Because an aggressive person is good at theory,
When a person fights back against him, he is excited, so
for the most part, people must be silent.

Aggressive humans have noticed that people gradually get away from him, but he does not want to notice them.

People who attack other have guiltiness.
Attack others to protect his own weaknesses.

Everyone knows that.
Everyone is watching it,
Nobody points out to him.

Because they are adults.

People who attack others,
Even though he intends to deceive himself and cheat others,
his weakness, which he hid, betray him.

Although he craves for love, he denies love,、
While craving for the opponent,
he says words that hurt the dignity of his opponent.

He is chopping himself while hurting his opponent.

His soul bleeds blood, and even though the soul is groaning,
He thinks he can control his own mind.

He holds down his own heart.

There is no one strong as who is open to everything and does not hide one’s weak self, not cool, and unsightly.

A person who is extremely afraid of being condemned accuses other people fiercely.

Everything comes back to himself.
Others gradually move away from him.

Because he tries to hide, he have weakness.
Hw want to show others a good looking, so he want to cheat.
He does not want to lose a lot of things, so he draws a dream.

He shows performance to not lie fiction.
He want to think himself is perfect. “fairy tale".

Because he does not want to be despised from others, he works harder, but his life starts moving in a direction different from the direction he wants to go.

People do not want complaints from others, and if they feel it extremely strong, they die prematurely.

Even if complaints from others complain, if you are laughing,
no matter what happens, you will not lose your motivation, so won’t not defeat so easily.

To liberate himself from spells and to freely fly through the sky, enormous energy is needed.

From when you decided not to exclude and to accept everything

The sky starts to turn around.

Love does not change.
Next
放鬆(foushow)and入静(nhusei)
Prev